I first visited Cuba back in 2010 and have treasured the memories from that trip ever since. Since I was heading from Central to South America anyway, a diversionary month back in the land of cigars seemed to make sense. Another enticement was the fact that I was offered the chance to spend some time at a friends place in the sleepy village of Cardenas. A few weeks of putting the bags down and having time to write, photograph and learn some Spanish made a lot of sense.

This trip was however, much more difficult than I remember as an independent traveller. The infrastructure in Cuba has remained the same, however the number of tourists seems to have increased exponentially. A lot of these trips are totally pre-booked and made trying to book Casas on the fly very very frustrating at times. So much so, that I basically just decided to spend my few weeks only in Havana, Cardenas and Varadero. My plans to travel further south this time were scuppered by the lack of room on any of the buses. Of course there is always the options of the shared cars, which are cheap and can be a lot of fun but I was more than happy to put my feet up and concentrate on things that float my boat, especially with the thought of long journeys to come in South America.

The Havana that I remembered, resplendent with music oozing from every crevice seemed a little tamer this time around. The amount of cafes playing live music seemed to be a lot less. Still, the vibe on the streets was as much fun as always. My time was split between the old town of Havana Vieja and the more leafy and residential part of town, Vedado. My travelling buddy had struck up a friendship with a group of musicians who performed nightly down along Obispo St. I was lucky enough to share a day with one of these guys. That particular day deserves a blog post of its own but it started with a 3 shared car trip to a tiny village out of town, a day spent in his little tiny house and his Mum buying and quickly dispatching a live duck for dinner. Quite a few very well spent hours later, we drank rum, and partied with the musicians and their music down along the fabulous Malecon. Unfortunately, I had no camera that day so you will have to take my word for it. 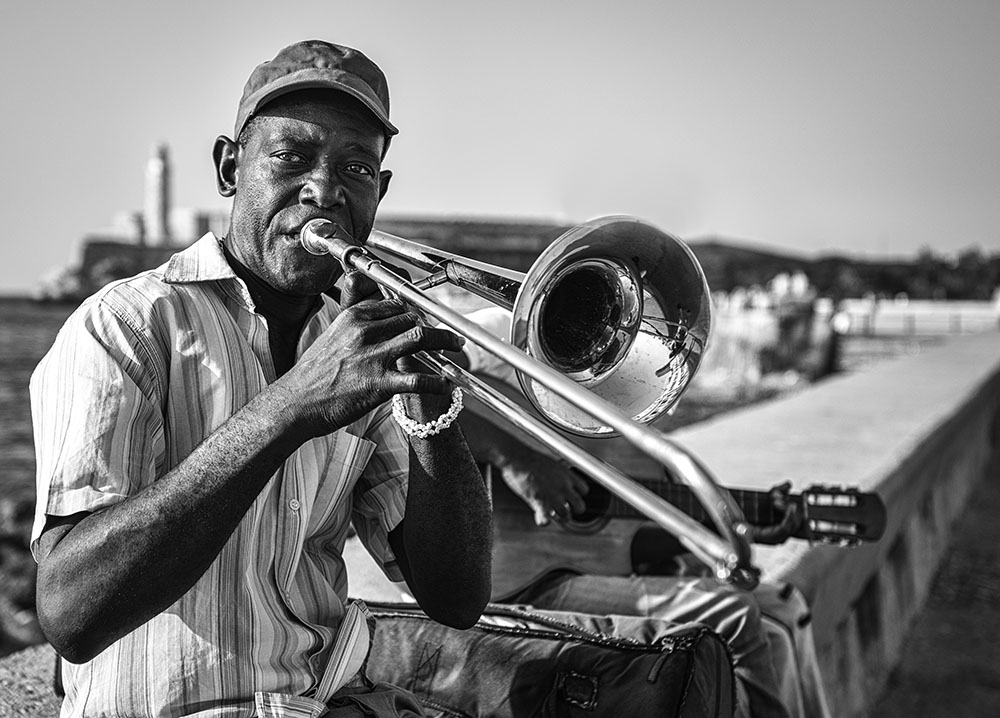 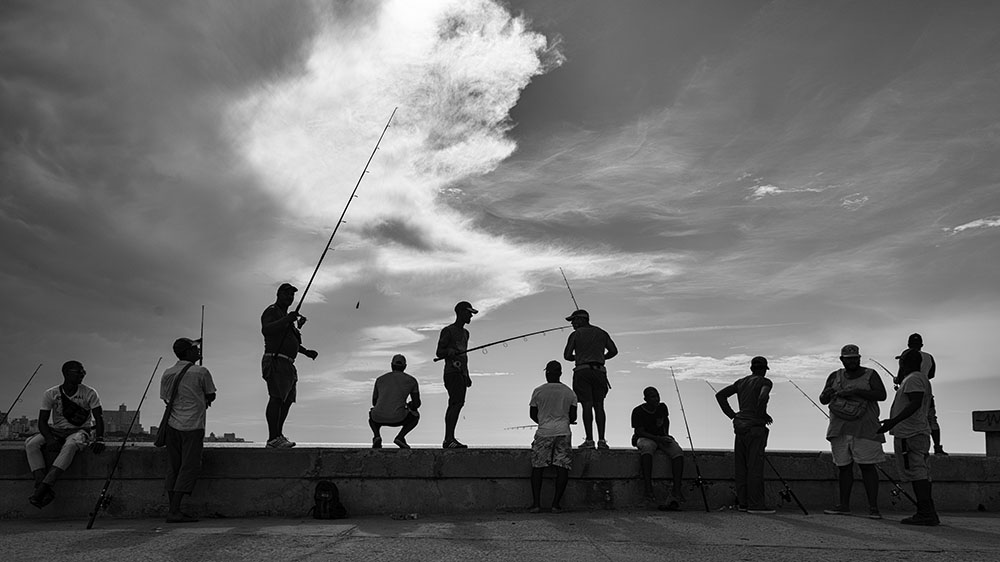 I confess to having had preconceptions about Varadero. I avoided it like the plague the first time I came to Cuba. Visions of endless all-inclusive resorts, much the same as Cancun and Sharm El Sheikh came to mind. I must say that I was very pleasantly surprised though. Yes, that resort world does exist, but is mainly confined to one end of the peninsular. The actual little town of Varadero itself is quite nice. Certainly not in any spectacular, once in a lifetime travel story type of place, but certainly a nice spot to spend a few chilled out days on the long ( 20k ) Caribbean beach. It is also very leafy which is a blessing in the middle of the steaming hot July afternoons. I found myself a sweet little Casa Particulares and managed to while away a few relaxing days. It was here however that I learned that my future plans to head south were going to be really difficult. The national bus line, Viazul basically had every bus heading my way totally booked up for a week. Rather than throw myself under the said Viazul bus, I decided to head over to my mates place in Cardenas and just hang there for a week or so. 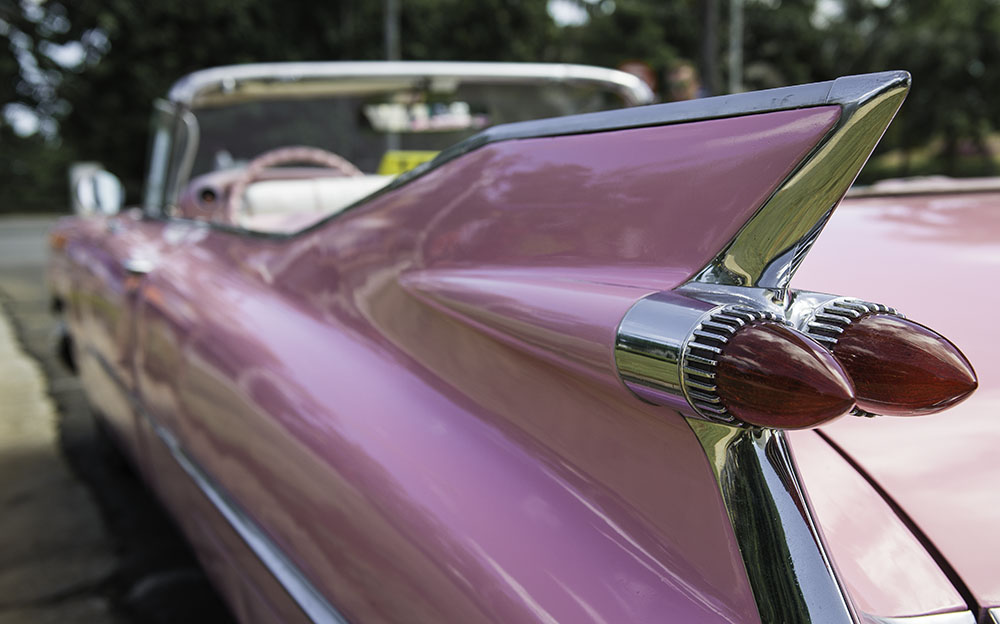 I was absolutely shocked when I first landed in Cardenas. I am not sure what I had expected, maybe a preconceived idea of smiling happy people with music in the air from every door. Well I was in for a surprise. It is a very raw town that basically houses and provides for the thousands of Cubans that work and service the resorts of the great national cash cow, Varadero. As such, a majority of the good citizens of Cardenas are not actually from there at all, but come from other areas of Cuba for the work on offer. As such, it seems to lack some of the community vibes that I experienced in other towns on my previous trip. Having said that, there is something quite satisfying knowing that you are likely the only tourist staying in the entire town. My days in Cardenas were spent going over and editing photos, writing ( or trying to at least ) some mildly interesting blogs posts, practicing ( mostly unsuccessfully it seems, ), my Spanish and generally have some down time after travelling through Guatemala, Belize and Mexico and before heading to South America. To that end it was successful and I gradually came to somewhat enjoy the different spirit to the place.

Cardenas was indeed a prosperous and vibrant town before the revolution. As in most of Cuba, the buildings have deteriorated due to lack of maintenance and with little interest from a tourist perspective, it seems that is the way it will stay in the forseeable future,

( though plans are supposedly in place to develop the waterfront area, and again have cruise ships dock here as they did in days gone by. Hopefully that will go ahead and little old Cardenas will get the injection of money and energy that she so badly needs. )

For the history buffs, Cardenas sported the first railway station in Latin America and was the site where the Cuban flag was first raised back in the mid 1800’s, ( though the few tourists who brave a day trip from Varadero are told that it was raised in a different spot. The state of the actual building where it was raised would be an embarrassment it seems. ) 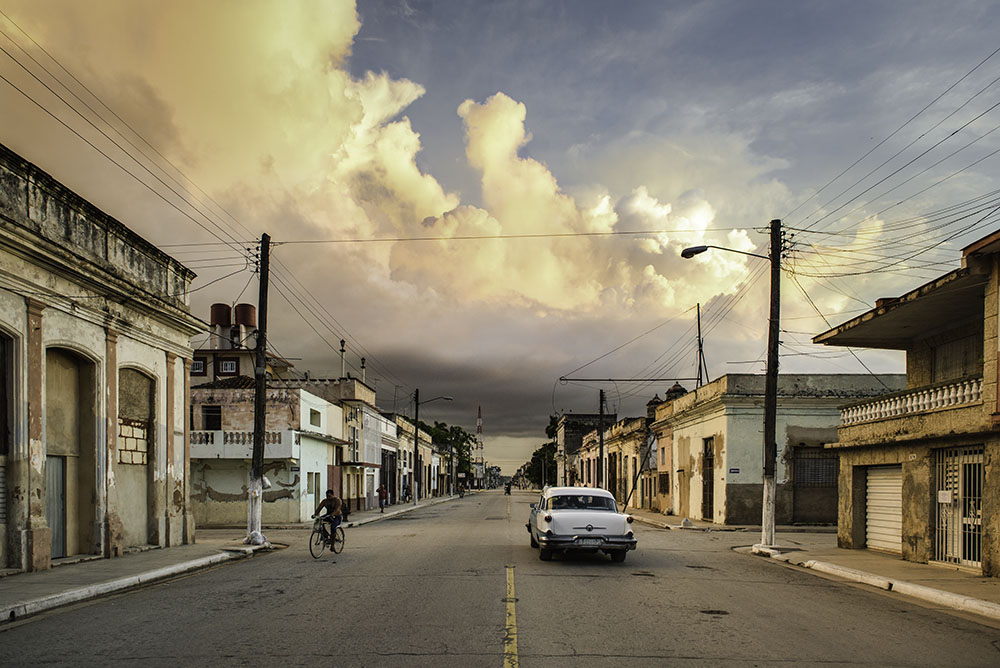 After the initial shock wore off, I came to mostly enjoy my time in Cardenas. It is certainly not on the radar for most visitors to Cuba. The tourist magnets of Havana, Vinales, Trinidad, Santa Clara, Santiago De Cuba and Varadero capture the majority of visitors conceptions. There is however, a very different situation in the other cities and rural areas. One where life is difficult and obtaining the basics to sustain yourself are a constant and daily struggle.

To put into some kind of perspective of what I mean, consider the life of my friend Luis. He’s an old guy, lived in Cardenas for a long time. He sleeps in the house my mate is renovating. Luis is a sports teacher at a local high school. His wage is 600 pesos a month. That’s $ 21 USD a month folks. Cuba has two currencies, one for tourists and one for locals. In Varadero it costs 5 CUCs, ( Cuban Convertible Pesos ) or USD $5 ) to get a horse drawn taxi for 5 blocks. That’s a quarter of Luis’ monthly wage. When he retires, he will earn the princely sum of 200 pesos a month, ( so about $ 7 a month ). Without family support, it’s impossible to even feed yourself. So next time you are enjoying a 4 CUC Cuba Libre down on Obispo, consider that you may not be seeing how difficult life is for average Cubans. The game plan for a lot of educated Cubans ( and the free education system provides plenty ), is to somehow earn CUCs as opposed to Pesos. That’s the reason a lot of the tour operaters and drivers are former doctors and lawyers, especially in the tourist hotspots.

I wonder what the local people make of me as I take photos of ruined buildings on a camera worth about 5 years wages for them. I hear them cackling behind me, probably not quite sure why an old white guy would want to be taking photos of derelict buildings in Cardenas I suppose, who knows. I am still not totally sure of what to make of Cardenas, certainly the smiles I was hoping for are at best blank faces, sometimes scowls. Maybe I represent something they long for and cannot have or maybe not. It certainly made me think of the freedoms of choice that we take for granted in Australia. I really don’t know. Maybe my friend having her bike stolen on my last day there maybe summed it up best for me.

So finally my last couple of days in Cuba arrived. I had hoped to spend a couple of fun days down on Obispo, meeting up again with the musicians from the few weeks before, but true to form I quickly learnt it was a two day National Heros holiday, both Friday and Saturday and no music was allowed anywhere. It sort of summed up this trip to Cuba.

For now, Panama and points south beckon, and I can’t wait.

One thought on “Cuba”